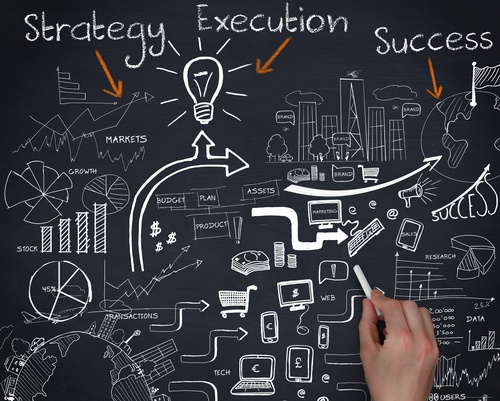 In this final post of this best-practice series on trade promotion, we’ll move from the planning phase to execution - trade promotion execution (TPE). One of the most critical aspects of TPE is margin pooling.

Typically, retailers want to do one of two things when they promote with a retailer: either hold their current profit, or hold their margin on an everyday basis. These are not realistic, and in truth, can even be self-defeating.

When you lower the price on a promotion, you need to understand that margins will also necessarily take a hit in the service of more overall profit.

Typically, manufacturers are very familiar with the cost of goods, much more so than retailers. The responsibility is therefore on the manufacturer to drive the collaboration and create an atmosphere of trust.

So, assuming we have a cooperative retailer, how do we go about allocating those margins?

Let’s say that we have to subsidize a $4 everyday price down to $3. How do we allocate that one dollar discount, ensuring that both sides make money?

The manufacturer must subsidize the discount in direct proportion to their profit in the overall value chain.

In our example, if the manufacturer is making 75% of the profit in the value chain, then they must cover 75 cents of that one dollar discount. This may mean holding margin, or even increasing margin for the retailer. But it usually means that the retailer will be accepting a lower margin as well.

As a final thought exercise in this series, let’s discuss some of the self-defeating barriers that prevent manufacturers from making more money on their promotions.

First off, manufacturers often have this idea that trade spending is inherently bad, usually based on erroneous suppositions about debasing their brands. In many (in fact, most) cases, more spending can drive more profit that can support brands long-term.

Another problem is a “me” orientation in dealing with retailers. Those manufacturers who think to themselves, “I don’t care what the retailer is making off the deal. My sole focus is on my margins, and on my profits.” This is short-sighted thinking, and will only serve to ensure that retailers are markedly less enthusiastic about working with you in the future. It’s in your long-term best interests to ensure that everybody’s making money.

A third barrier is something we call the “TPI bias,” and it’s common to many manufacturers. They focus so much on the implementation side of their trade promotions that data collection and optimization go out the window. If you’ve been reading this far since the beginning of the series, we think you already know what an awful idea that is.

Fourth, many manufacturers have an apparent obsession with displays. They can be useful, certainly, but they’re only one tool in the trade promotion toolbox. Sometimes, a simple coupon promotion can be much more profitable.

Fifth, the liberty at which you can take risks with your promotional dollar differs greatly depending on the size of your operation.

For example, if you’re an HBC brand that generates at least $100M in sales, you can probably make significantly more money by spending a bit more on promotion. For food manufacturers, that brand threshold is lower at about $50M because the lifts are higher.

However, if you’re a smaller brand coming in well under those annual thresholds nationally, you need to be much more cautious in how you invest your trade funds. If not, you’re virtually guaranteed to lose money on your promotions.

Up to now, we’ve been talking about manufacturers. The next few barriers apply specifically to retailers.

First, very much like manufacturers, retailers often have unrealistic and inflexible margin requirements. Again, both sides need to collaborate to help ensure a mutually equitable solution.

Similarly, some retailers have a habit of wanting to perform automatic deductions. There are smaller brands, and indeed, entire categories, where this simply doesn’t make sense. Deductions are far more practical with larger and more responsive brands.

Third, retailers tend to lean toward “everything but the kitchen sink” ads, refusing to consider advertising smaller brands because they need to make a certain number of dollars on this particular ad block. But in these cases, they’re only considering total dollars instead of incremental ad block dollars.

The manufacturer then lumps all their brands into a single ad block to hit the desired threshold. This results in bland, untargeted ads with middling price points, and ultimately, disappointing lift as discussed in the TABS Group recent trade promotion white paper.

Finally, many retailers have a “card-only” strategy, where a promotion applies exclusively to holders of the store’s membership/loyalty card.  This has really depressed incremental sales at a lot of retail locations. Not everyone wants to be a member of the loyalty card club. Don’t misunderstand: it’s a great hook for those deal-sensitive buyers. But loyalty cards need to be part of a more comprehensive approach, rather than being the exclusive vehicle through which you offer any kind of discount.

In short, regardless of whether you’re a manufacturer or a retailer, there are always strategies at the execution phase to help you work more harmoniously with your partners, and to make more money for both parties and provide savings for consumers.