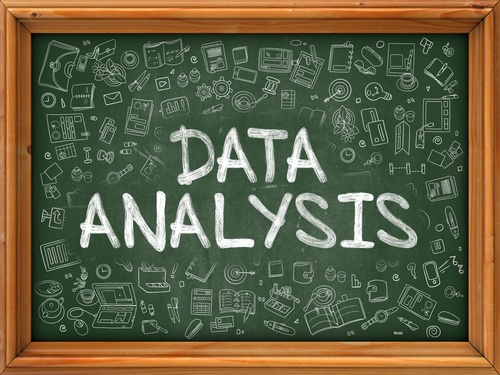 Consumer Surveys and Their Metrics

In the previous parts of this series, we have covered both syndicated data as well as your own panel data. In this final report, we’ll conclude with quality metrics that you can obtain by surveying your customers.

Consumer surveys are a hidden powerhouse. For $1500, you can understand what motivates your shopper. It’s not a lengthy process, either. You can usually get good results within a week or two, with a level of granularity no syndicated data source will be able to match.

There are market research companies, such as TNS, that have millions of consumers in their panels, so it’s easy for them to survey a geographically relevant sample of people. Further, TABS Analytics has developed a number of proprietary methods for doing consumer surveys, as we'll explain below.

This chart is a survey we did at TABS Analytics as part of an initiative to better understand buyers of private label toilet paper:

We always ask four questions, represented by the first four columns in the chart:

Am I aware of this brand?

Do I favor this brand?

Did I purchase it in the last six months?

Which do I purchase the most often?

Then we created two additional metrics. The first is Conversion to Trial, the percentage of the people who are aware of me who actually bought it recently. The second is Stated Loyalty – of those customers who bought recently, what percentage of them also buy it the most often?

Looking at Walmart (and this data is from 2009), they had two major store brands for toilet tissue, White Cloud and Great Value. White Cloud enjoyed decent awareness, but the favorability wasn’t great, and it had a very low conversion to trial. For those who actually tried it, stated loyalty was respectable, but something kept them from converting new buyers.

Great Value suffered from very low favorability, low conversion, and below average loyalty. As such, we were able to confirm that Walmart was significantly behind the curve in their development of private label toilet tissue. Their loyalty (particularly for White Cloud) didn’t lag too much behind national name brands, but initial conversion was a problem, and thus a multi-million dollar opportunity was uncovered. Quickly. Cheaply. And highly targeted.

Finally, we’ll cover All Outlet Estimates, survey data found outside the Food, Drug, Mass (FDM) data of the syndicated providers. Of particular interest is how much business is done by these outlets online. TABS Analytics did a survey where we asked people where they regularly buy their vitamin supplements. It is summarized in the chart below: 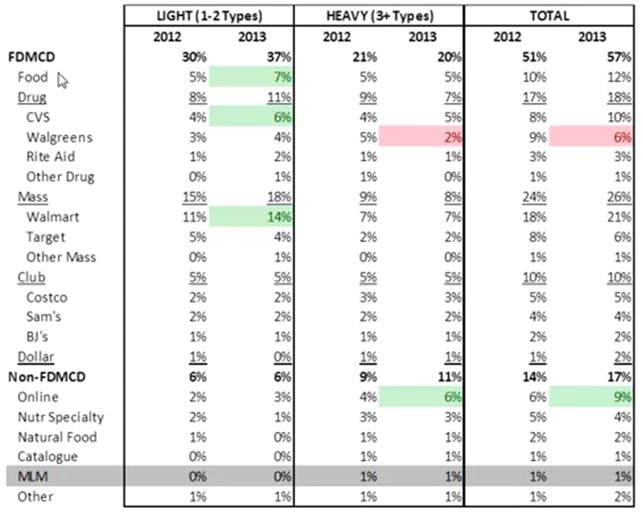 Between sharing up the percentage of mentions and the actual shares, we were able to estimate how much business was being done online. It’s always a good idea to utilize survey data whenever you have a concern that a significant amount of business is happening outside of the usual FDM channels.

In conclusion, surveys are a fast, inexpensive, and effective way of getting at data that would otherwise be outside your reach. They complement the syndicated and panel data to get a fuller, clearer picture of your industry.