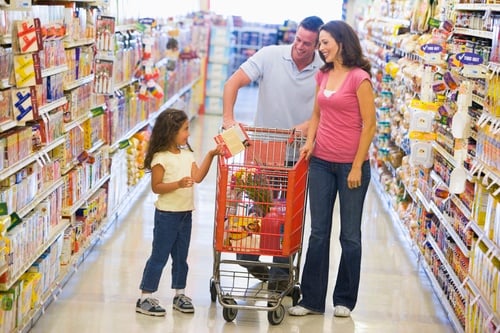 Following up our blog post introducing TABS Group's Consumer Packaged Goods (CPG) consumables* food and beverage industry survey, we wanted to dive deeper into the fact that in most consumables categories surveyed, the actions of heavy buyers/heavy users had the biggest influence on whether the purchases were up or down. 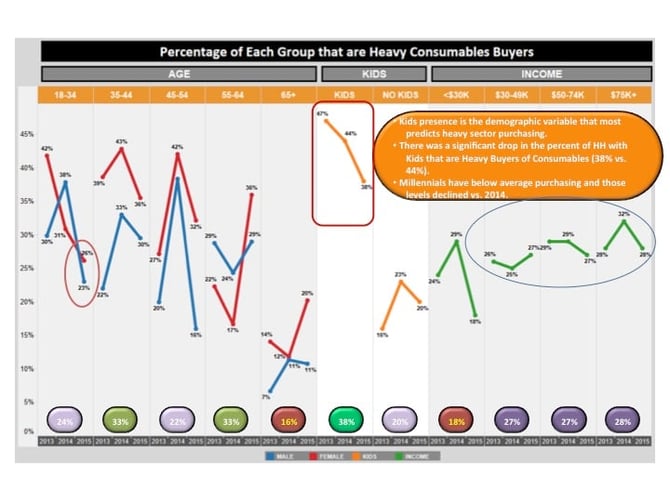 Last year the key demographic news was the big drop (11 percentage points from 42 to 31) in heavy buyers among millennial women. In 2015 that trend continued. Millennials have below average purchasing and those levels declined compared with 2014. Thirty-one percent of millennial women were heavy buyers in 2014 and that number dropped to 26 percent in 2015. Millennial men plummeted from 38 percent of heavy buyers in 2014 to just 23 percent in 2015.  Last year saw a big jump in the demographic, which ran contrary to the macroeconomic trends of younger consumers having higher unemployment, living at home longer and shifting their purchasing preference to personal electronics.  The 2015 figure of 23 percent is well below even 2013, and is more consistent with the trend we see among younger women.

In our next blog post, we'll discuss the importance of deals for consumers in influencing their shopping and buying preferences. Download a detailed report on the findings below to learn more.